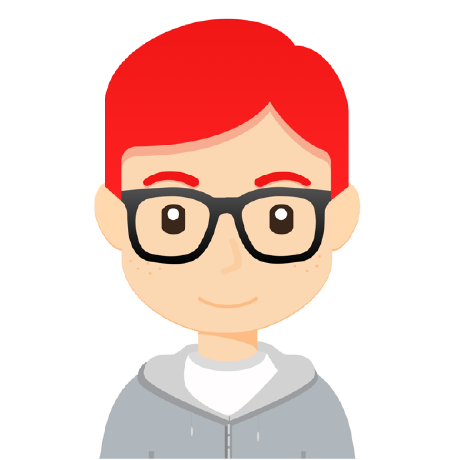 Hi everyone 👋 I am Rasheed, a passionate student community builder. My love for problem solving is so great that led me to studying computer science just for the purpose of solving problems with technology. I write C++, JavaScript and python. As a science student in high school, the love for solving problems for humanity and the state of the future made me find myself in the computer science department. As a first year undergraduate student I started supporting community builders on campus to build and raise community for the purpose of increasing the number of technological problem solvers. Which led me to my appointment to lead Google Developer Students Clubs in my second year. At the same time I was made the AWS educate ambassador just to empower my colleagues with necessary skills to solve humanity problems. I became GitHub Campus Expert along the way and it has been an awesome experience so far. I lead several tech communities in and outside campus and it has been a source of joy for me seeing my community members doing great things ranging from access to jobs, internships and scholarships.

Getting Good at Git and GitHub (G4)

Welcome to GitHub for Summit Workshop

The Three Fundamentals of Learning Cloud Computing and DevOps Engineering

Getting into cloud computing or the DevOps world is made easy by various cloud providers. For instance, Amazon Web Services provides access to AWS Educate to learn both the fundamentals of the cloud and AWS cloud services specifics, and Google provides access to Qwiklabs to learn all about the cloud and Google Cloud Platform cloud services specifics. Microsoft provides access to Microsoft Learn to do the same as others provided. The Linux Foundation has courses and training on cloud native paths and so on. There are other learning platforms outside the provider platforms. KodeCloud, ACloud, and others are also a place to leverage cloud technology knowledge. Diving into all of the above-mentioned platforms may be very tedious and difficult without the knowledge of the basics. To find the cloud journey more interesting, one needs to have in their toolkits the basics to be discussed in this article. Don’t misunderstand this, jumping this will not hinder you from learning on those platforms. But it’s worth knowing that all these platforms are like an ocean to learn on and an ocean that can easily drone beginners and starters without the full knowledge of basics and fundamentals. My exploration of those platforms made it a choice for me to support people like me to learn the right way and show them what it is necessary to have as a pre-requisite. The following are the basics you need to have as a person planning to start a cloud engineering journey.

It is a popularly known fact that a Linux server can apparently run for years without needing a restart. For this reason, Linux is the most used platform for server related jobs and tasks. For decades Linux leads the list of StackOverflow surveys of the most used platform not until Windows introduced WSL (Windows Subsystem for Linux) before overtaking the Linux. This is just a simple reason why this article was curated to help introduce you to the world of Linux power use. Automation is another key feature made possible by Linux, in this article we will talk about the following Why Choosing Linux? What are Linux services? Systemctl and other basic service management commands Creattion of a NodeJS service Creation of the service Why Choosing Linux? As mentioned in the beginning, Linux possessed various features which make it stand out in servers and services provision. According to a survey by w3techs survey, over 77% of online servers run Linux, 90% of public cloud run Linux and practically all the best cloud hosts use it, 96.3% of the world’s top 1 million servers run on Linux. This is possible because of the following a. Stability: Linux can run for a very long time without requiring a restart which means a server put on Linux can restart itself without the Linux no necessary need to restart. b. Security: This is a feature of Linux that provide access for both what is defensive security expert and offensive in all kinds of manner. Various Linux distributions (distros) were built to be defensive, while many others were built to be offensive and others combine the two capabilities. This is a security strategy made available by Linux but no other platform. c. Open Source: This is one of the popular reasons why Linux owns a lot of the individuals and enterprise desks. Availability of codebase for ease of customization at no cost serves a greater purpose in the usage of the platform. d. Accessibility: The codebase of Linux is made available for everyone which allows users to create what best solves their problems. The ability to create special-purpose OS is made possible through Linux. e. Terminal: This is a special feature provided by Linux to interact with the services running on it. It is known that many servers didn’t provide a graphical user interface (GUI), for these reasons, the terminal is the only means of interaction with the server. The Linux terminal contains SHELL be it Bourne Again Shell (BASH), Bourne Shell (SH Shell), Z shell (zsh) and CShell (tcsh or csh). All of this provides an interface to interact with services in place of the general graphical user interface (GUI) known. What are Linux services? Cloud services are provided as a service, do you know why? Because they are made of servers. Available resources that are run and managed by Linux are called services. The ability to ensure the servers of the installed program are running and follow a logical boot-up order automatically are examples of the action of service configuration in Linux. Units which are sometimes interchanged with resources are a set of processes managed and run by Linux. Each unit is clearly defined in a file called unit files which are called by the name of their extension. For example filename.service unit will be referred to as service unit, filename.socket is called socket units and so on. All these units are found in a very unique location on Linux called the system directory inside the systemd which can be found in /etc/systemd/system. Systemd: This is the software suite which provides a list of units and components for Linux OS. It houses all the units and service configurations. The service manager and system are the main primary component of the init system. This system always has a PID (process ID) of 1 which gives it privileges to be the first process to run after boot-up and service as the entry point for other programs. To check the availability of systemd on your system, run the below command and you will get an integer 2733 as an output. pidof system To check the process structure and tree of the currently running processes, run the below command ptree -p To create a service is very simple but the service to be created needs to run and executes a certain predefined program in this case, our yet to build nodeJS app. This app will return “Hello World” for our users and they will be ready to pay us a million dollars for checking it out): In order to follow along, you can create your own program that you intend to make available to your users or grab the source code for our app on GitHub here. Ensure you have nodeJS installed if you download or clone the app from GitHub. When you are done, you can test the app by opening your terminal in the cloned project directory and run node myhelloapp This should produce an output like this <{message: “Hello, World!”}> If you get anything other than this, follow the error message to fix it and follow along when you are done.

Connectivity between networks, both on Local Area Network (LAN) and the internet at large, are managed and controlled by the idea of computer networking. Networking is a field in Information Technology (IT) that ensures the interconnectivity between and among networks. It ensures that the broadcasting of packet data (message, data) is an easy and achievable process. The connectivity that ensures data movement is made possible through the concept of this discourse - ”ROUTING”. Routing is the selection of a path or route to be followed by a particular data packet (data or message or information) that is being shared over a network. Keywords Router: A device that is capable of transferring data from the source address to the destination address Packet data: This is the data or information or message being shared or transferred over a network. In this discussion, we shall be using the three words interchangeably. Protocols: Set of rules or guidelines that governs data transmission over a network. It is a standard that must be followed by nodes (computer) on a network to be able to communicate properly. Node: Individual devices or PCs on the network. Hops: Movement of data packets through the routers result to hop. And the number of networks the data packet passes is called hop counts. IP: Stands for Internet Protocol which delivers packets to the right computers. It is of two versions. The IPv4 and IPv6 (Internet Protocol Version 4 and 6) Autonomous System: A network or group of networks being managed and controlled by a single enterprise or operator.

In this article, we will be building a search bar that filters and responds to your search input in real-time using vanilla Javascript. Goal By the end of the article, we should have an application that has a functional search bar as illustrated below:

##Terms used a. Open-source software is a type of computer software in which source code is released under a license in which the copyright holder grants users the rights to use, study, change, and distribute the software to anyone and for any purpose.

WE ALL CLAIM TO BE DEVELOPERS TILL WE ARE CHALLENGED TO A TASK THEN WE KNOW THE WEIGHT BEHIND THOSE WORDS My Journey through Buildforsdg challenge.

This is an excerpt from the online session held on YouTube with Erica Hanson and other five different DSC leads across the world. The discussion was based on Success and Challenges faced and how the challenges were conquered. In this epistle, I will be highlighting some of the points and methods mentioned and how they worked out. The following are the few points and methods implemented by leads and success was recorded.