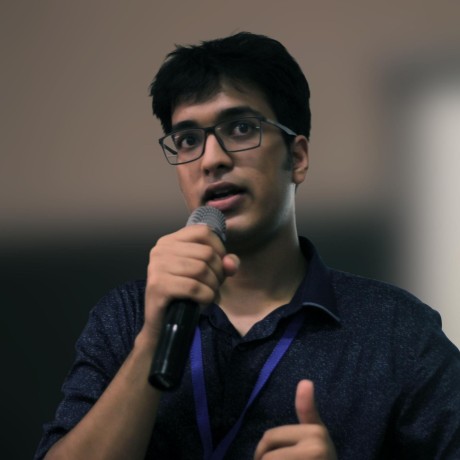 Carrying forward the legacy of LNMHacks, we hosted the second edition LNMHacks 2.0 was successfully from 11th to 12th November. Receiving an overwhelming response from 700+ participants in Elimination Round, the main event saw 60+ teams consisting of 270+ participants at the on-site hackathon.

To make the newbies acquainted with the hackathon culture, there were two pre-events well executed before the main event.

Mr. Osho Parth, a cybersecurity expert and Mozilla Regional Repo addressed students regarding tracks of LNMHacks 2.0 and an idea of how to approach hackathons. He also shared his vast experience in the Open-Source Community.

It saw a great Interactive session with Greg Price and Andrew Drake. They discussed the emerging trends in programming, the versatility of JavaScript and Python, the importance of hackathons, shared a whole lot of experiences and entertained questions from the enthusiastic audience as well.

Greg’s Profile Greg has worked at top tech companies in the valley Including Quora and Dropbox. He has received his master’s degree from MIT in 2008, and his bachelor’s in mathematics from Harvard in 2007.

Andrew’s profile He is a software engineer at Dropbox working on server infrastructure having previously worked on the JavaScript engine at Mozilla.

The organising committee was under the guidance of Dr. Subrat K Dash, HOD, Dept. of Computer Science as faculty mentor, headed by Vivek Kumar and consisted of 10 members including me and many of my seniors and batchmates. All of them gave tireless inputs to pull-off LNMHacks 2.0.

In the ceremony I, as a Campus Expert, conducted a session on GitHub (just a 30min talk explaining the usage and benefits of Version Control and giving links for the tutorial), distributing the GitHub git cheat sheets and those lovely stickers 😍 I also announced about the GitHub Student Developer Pack and myoctocat competition which got 15+ entries I think.

With the spirit of Code All Night. Eat All Night, we did not let the coding spirit of participants touch any low. There was a quiz conducted Live on Twitter and many goodies were given away to winners. Then, one sudden announcement set the faces smiling. Some amazing food (McD Big Mac, Sandwiches(Unlimited), Different types of Indian snacks and other beverages (tea, coffee, etc.)) was made available in the middle of the night, adding to the food that was available at the meal times.

Pre-Evaluation was conducted in the morning session. It aimed at helping maximum teams to complete their projects in stipulated time. On the same day, at 12:50 PM the portal of HackerEarth was shut down for submission. With the guidance of judges and mentors, 11 teams were shortlisted for the final round.

But just before that we had a session with Joe and that added to the enthusiasm of many of the participants. Few of them knew him already as they were a part of the open-training process. He told us about how GitHub sponsors so many events and hackathons happening around the world and the awesomeness of participating in Hackathons! He also told how the #myoctocat winner will be announced on the GitHub-Education twitter handle. After this session, I was flooded with questions regarding Campus Expert Program and the awesomeness behind it 😜

In the final round, teams needed to prepare a short and precise presentation about the problem statement of their product and give its demonstration. Mr Devanshu Shukla, Mr Dilnawaz Khan and Prof. Narasimha Bolloju accepted the responsibility of judging the last round. This round saw some quality innovations and judges were glad to interact with the young minds.

Then the winners of the hackathon were declared. They can be viewed https://lnmhacks2.hackerearth.com/ All the projects can also be found at https://github.com/LNMHacks/LNMHacks-2.0-Submission

The winners got prizes worth 1.5 Lacs Rupees in total. There were multiple other prizes distributed for different events like online quizzes etc.

At the end, Mr Shukla gave an insight of how one should approach hackathons, made students aware of some amazing resources on the internet and wished LNMHacks 3.0 to be even bigger and better.

Okay so lets have some visual experiences 😜 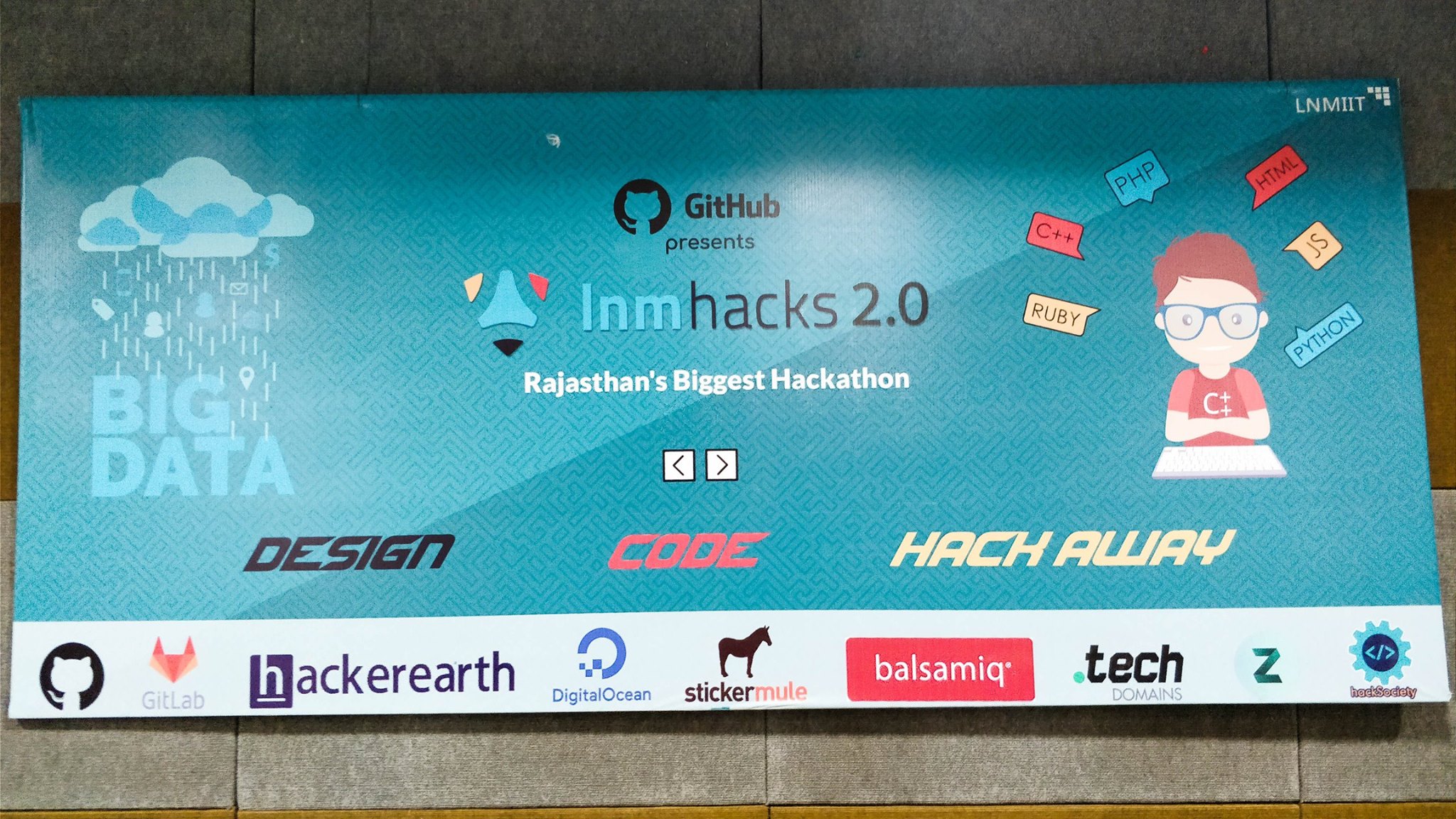 The group photo which I couldn’t attend 😞 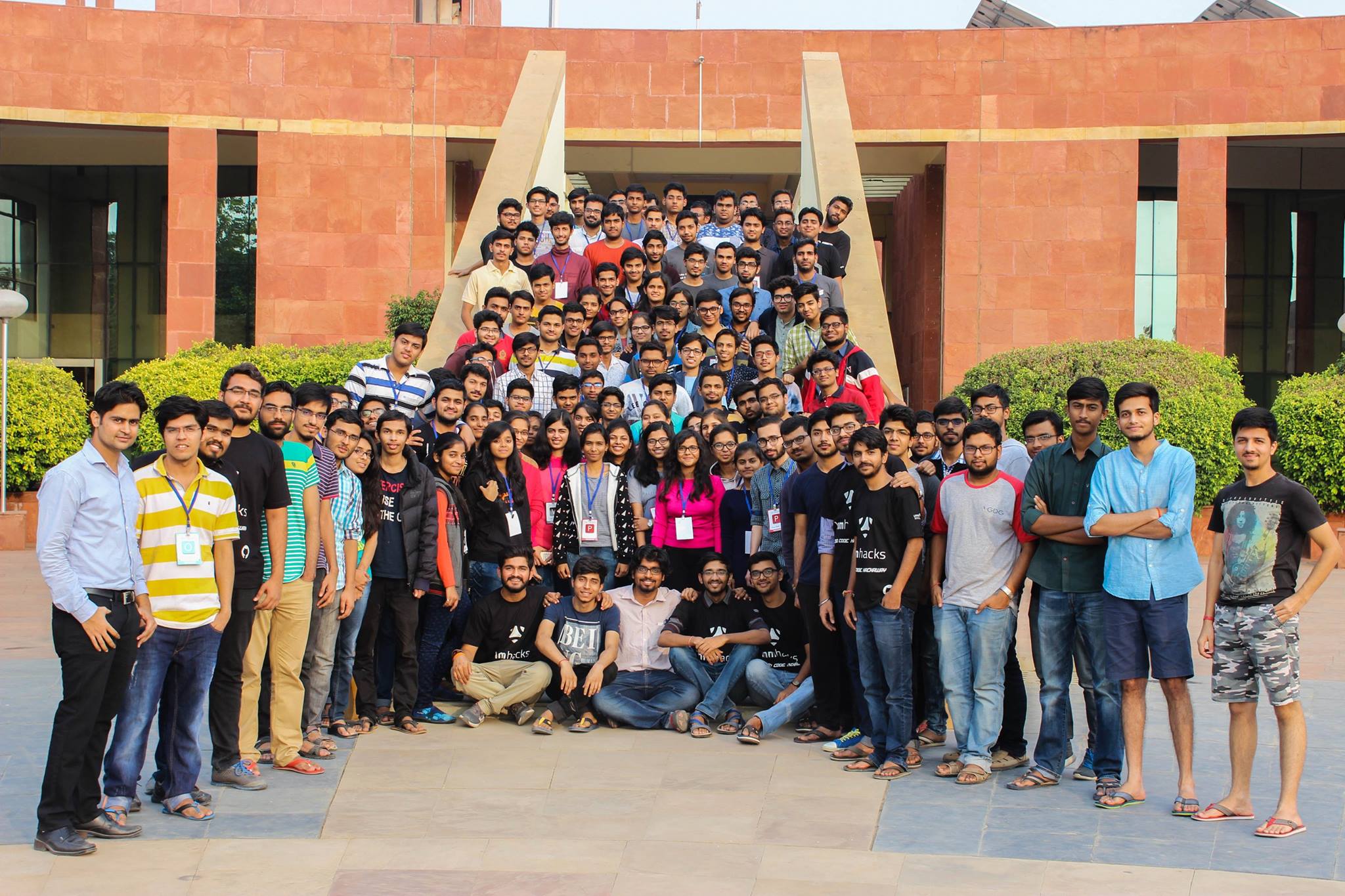 Pics from the Registration Desk 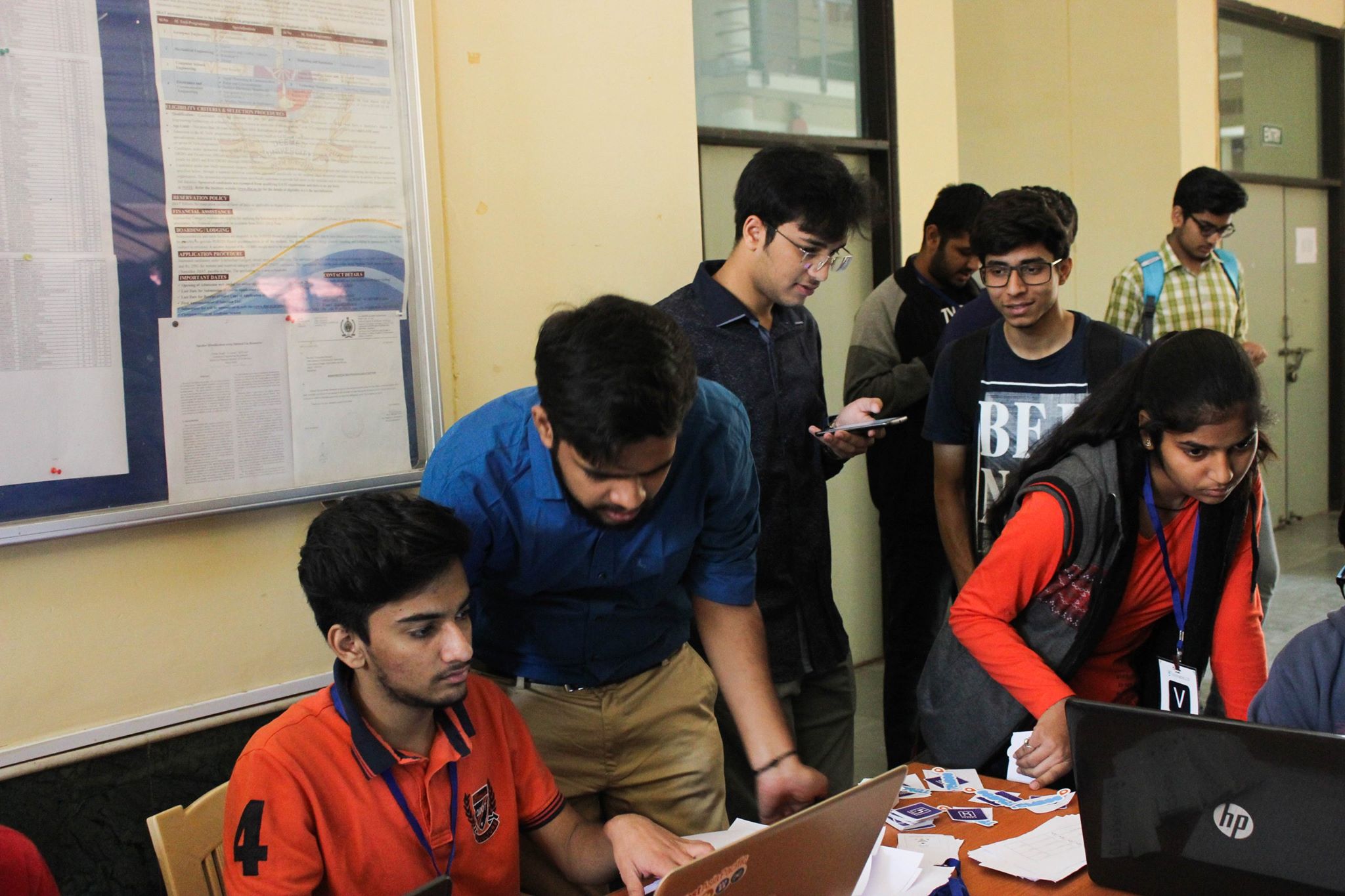 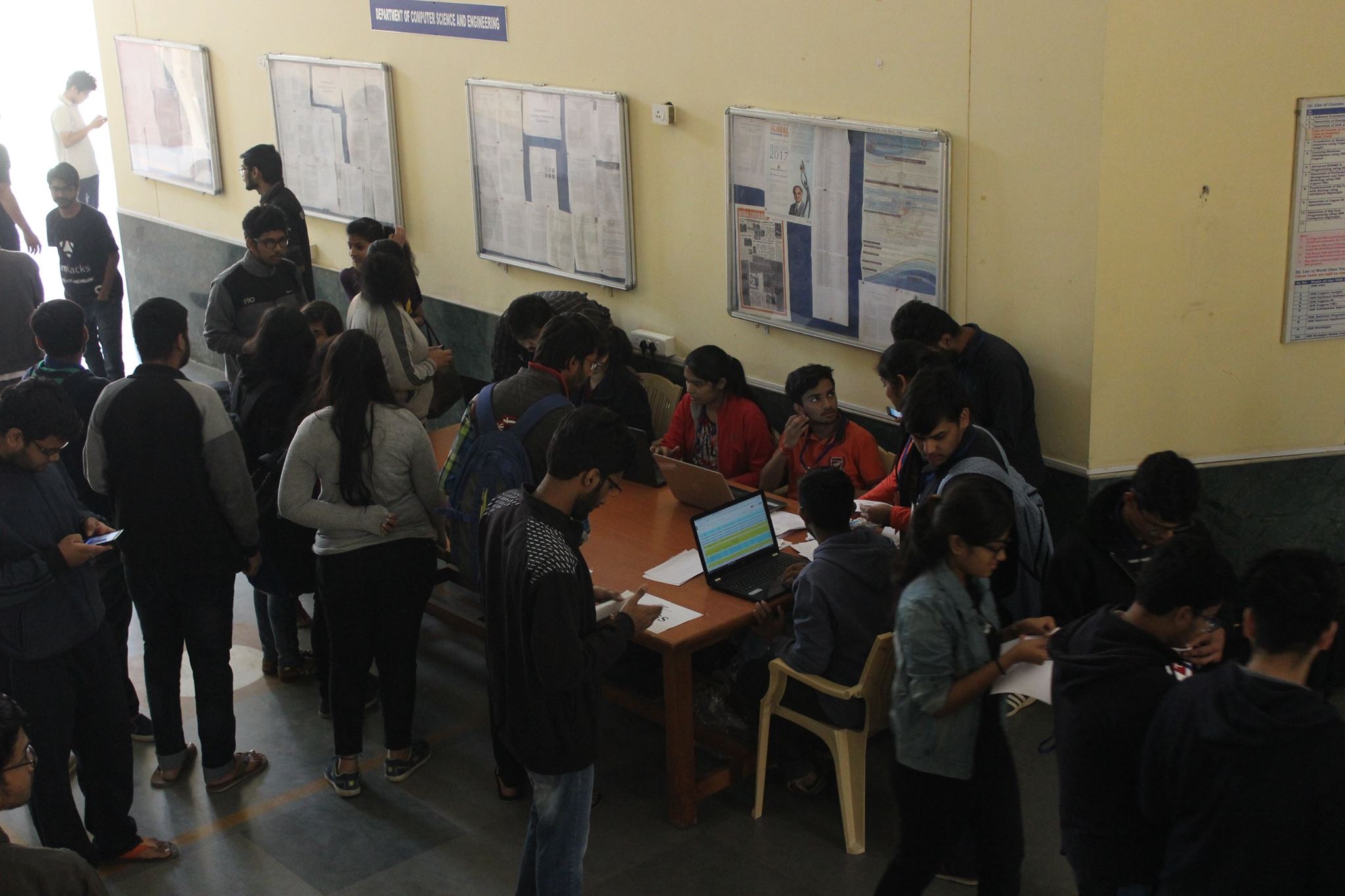 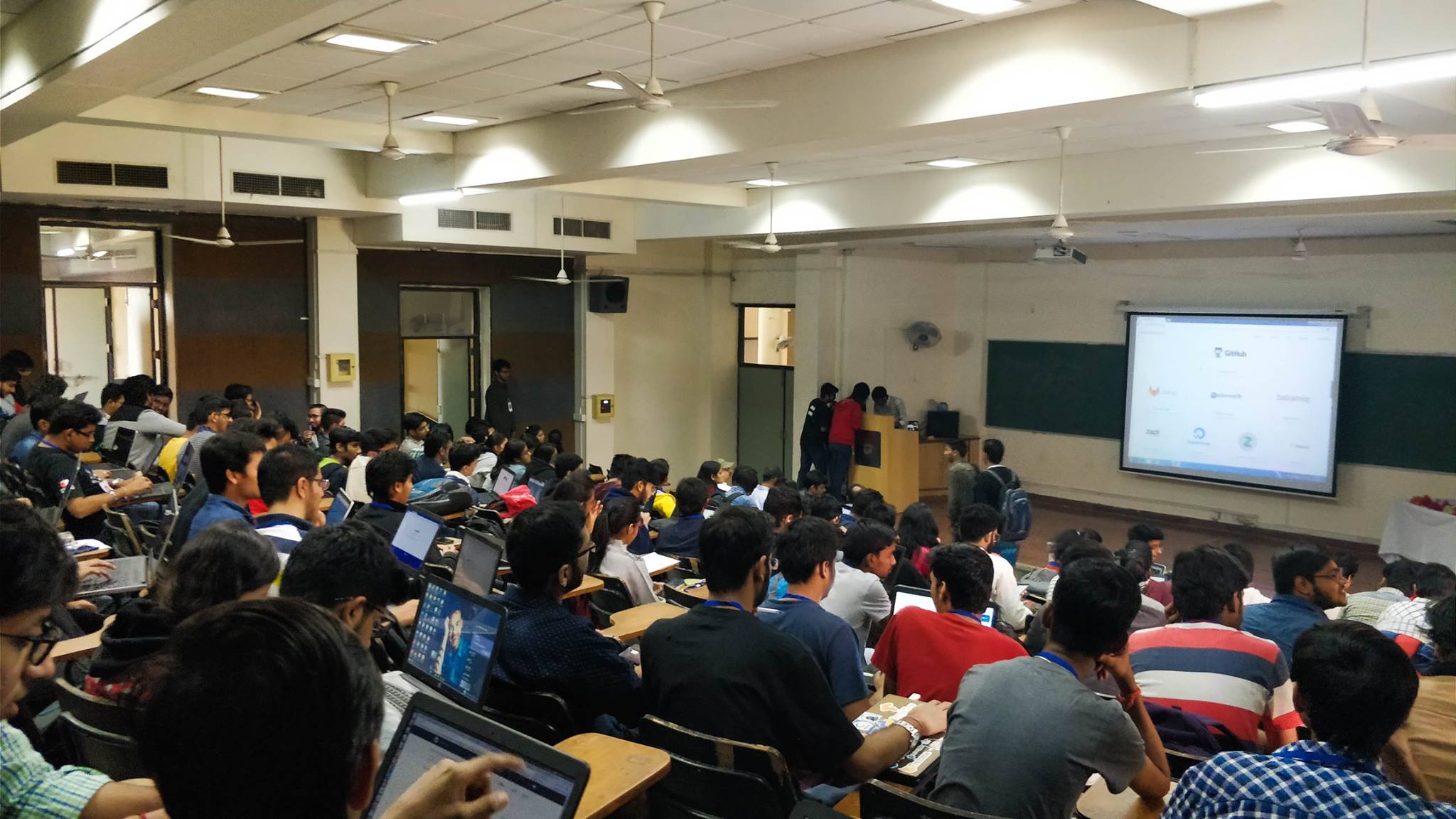 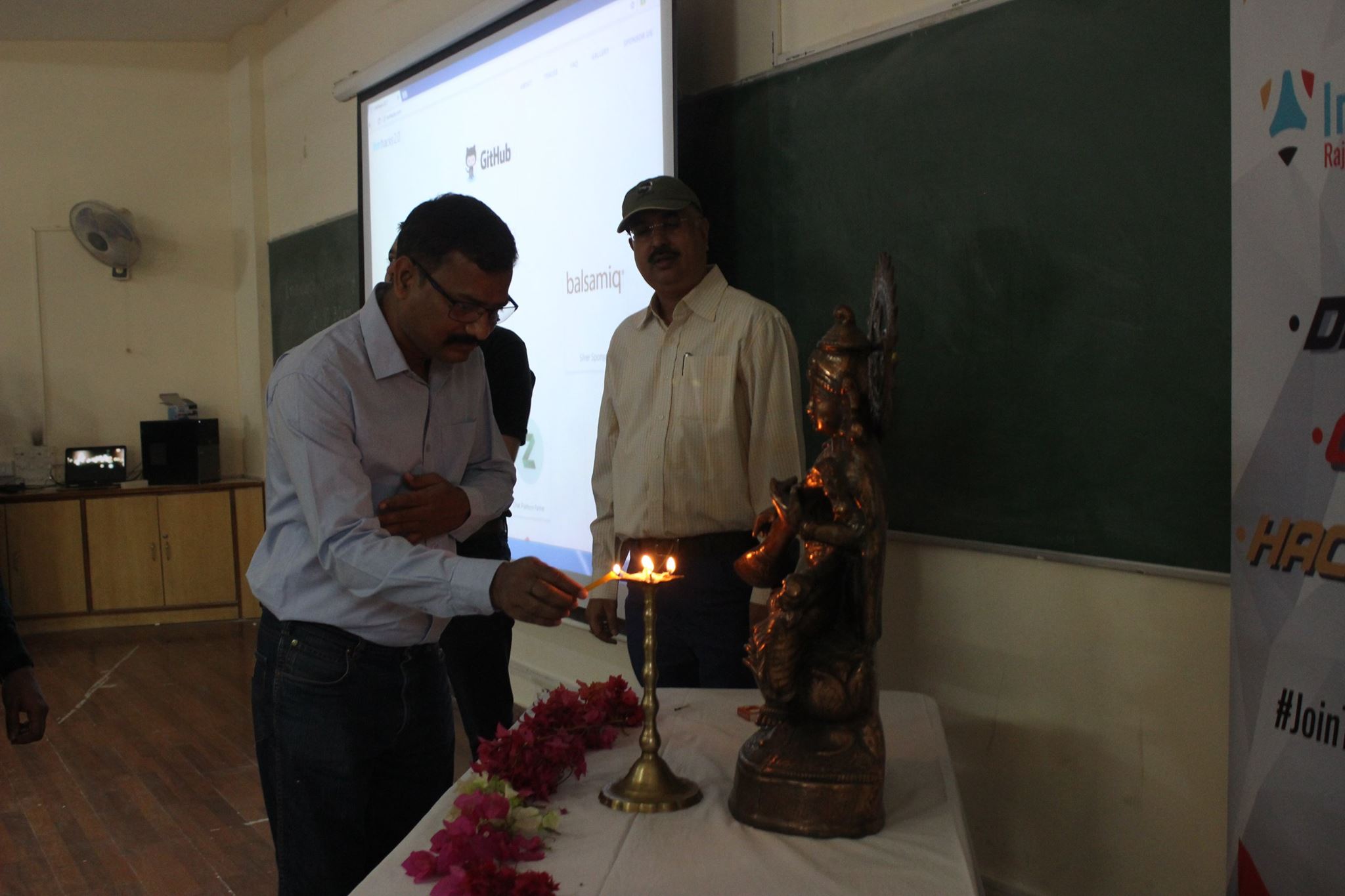 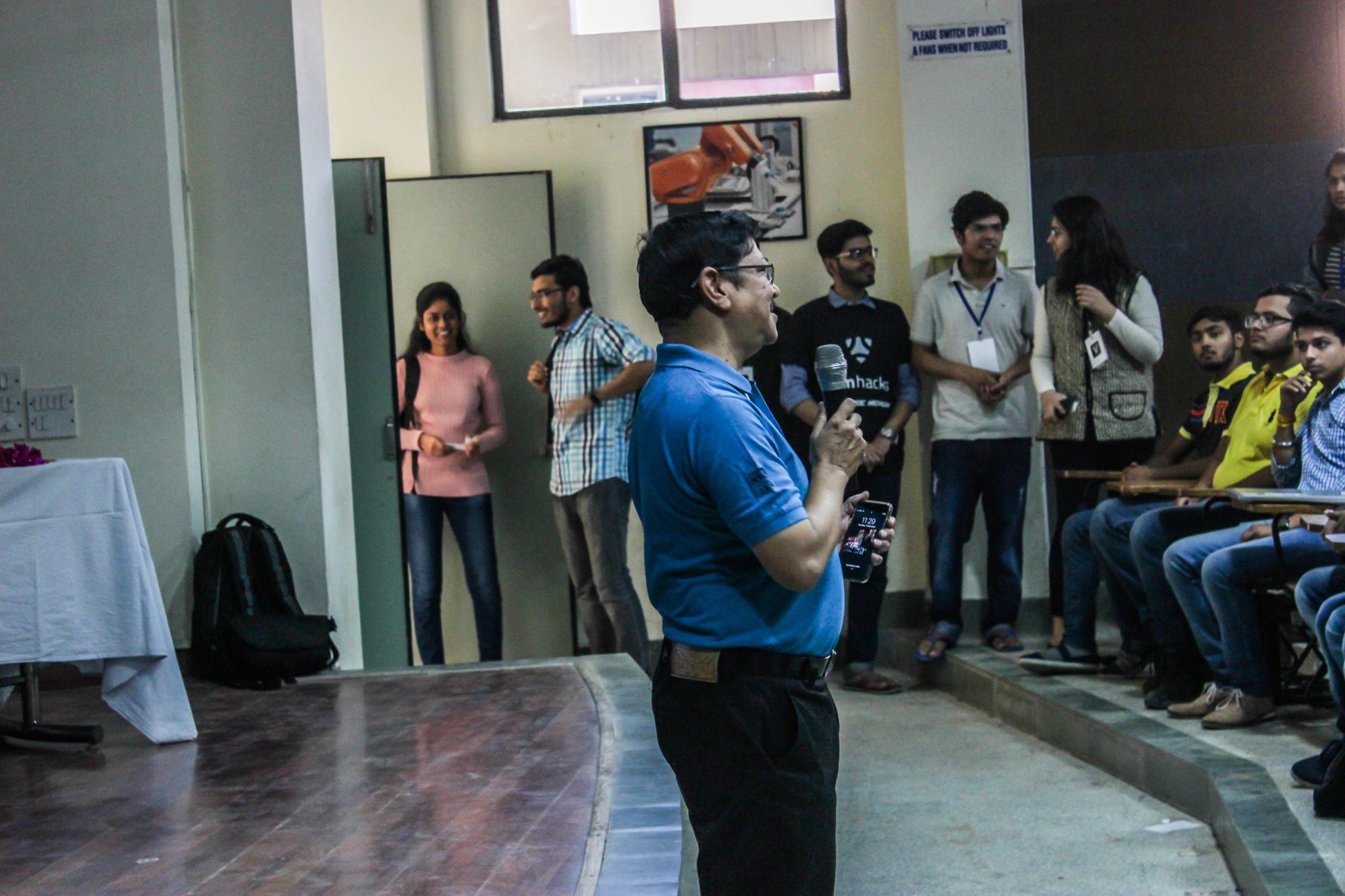 Our Director’s way of Interaction 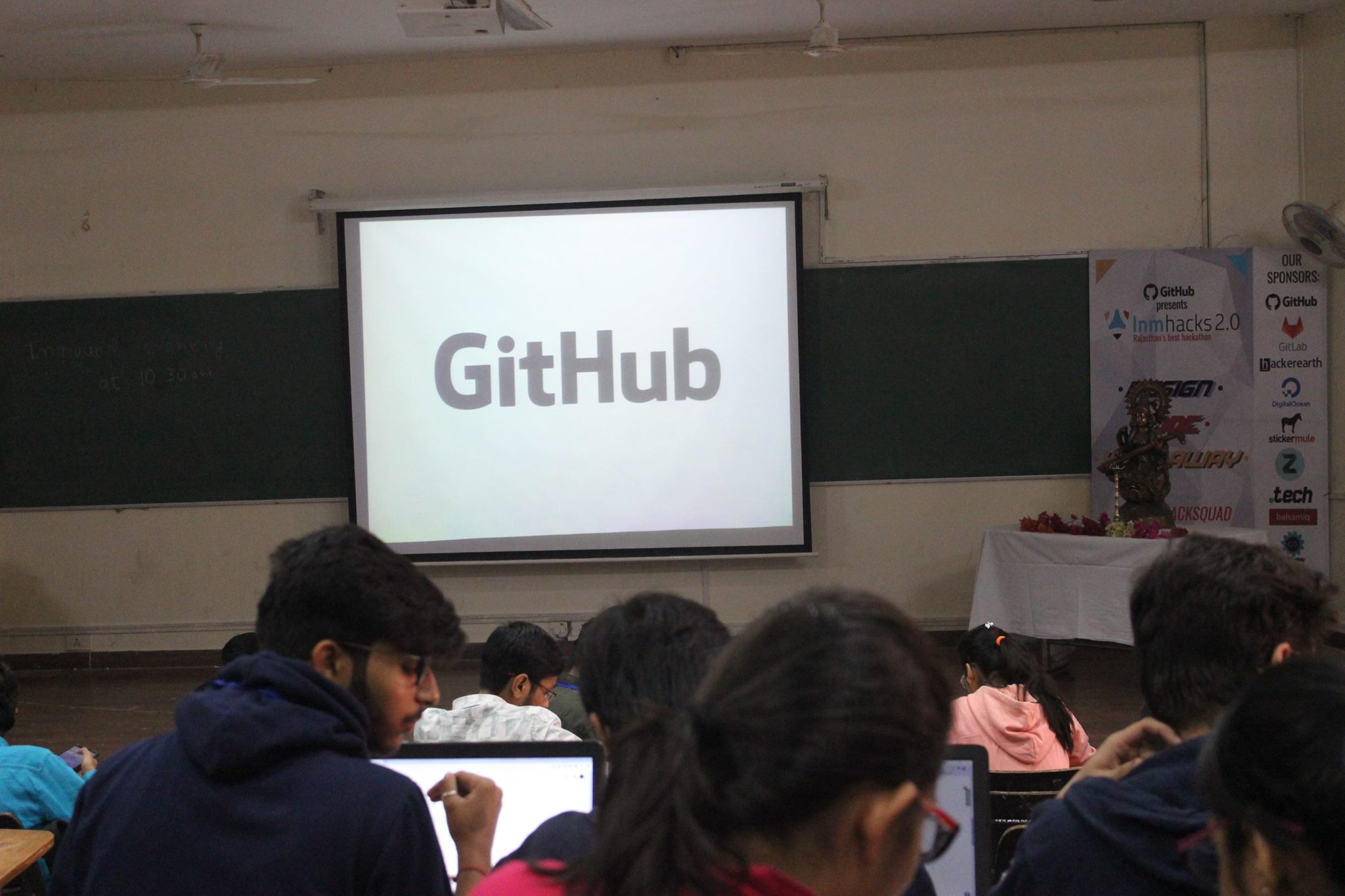 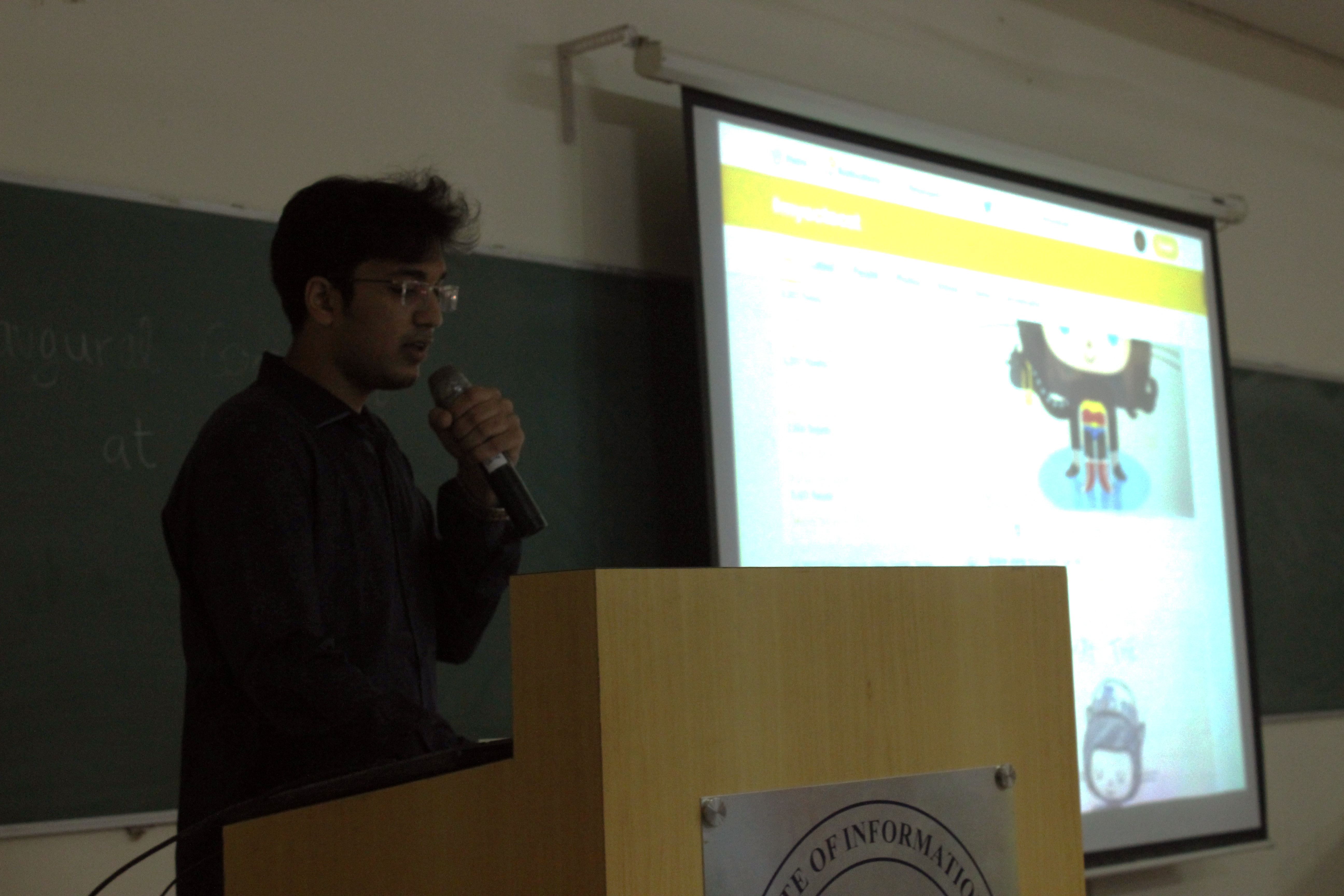 Got a Picture but it’s not good 😞 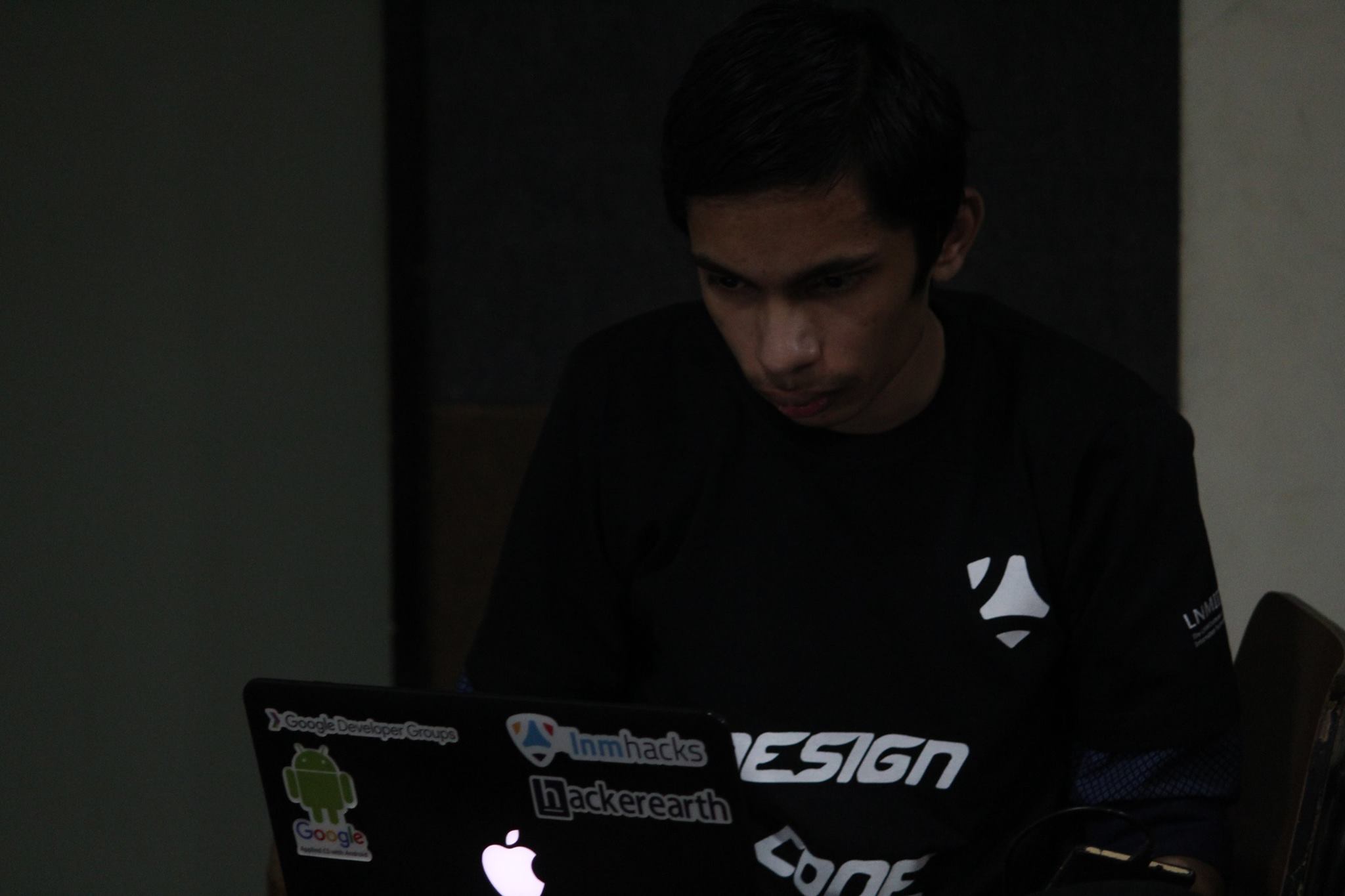 Why so serious dude? Actually, he’s my senior who’s working for Zulip 😛 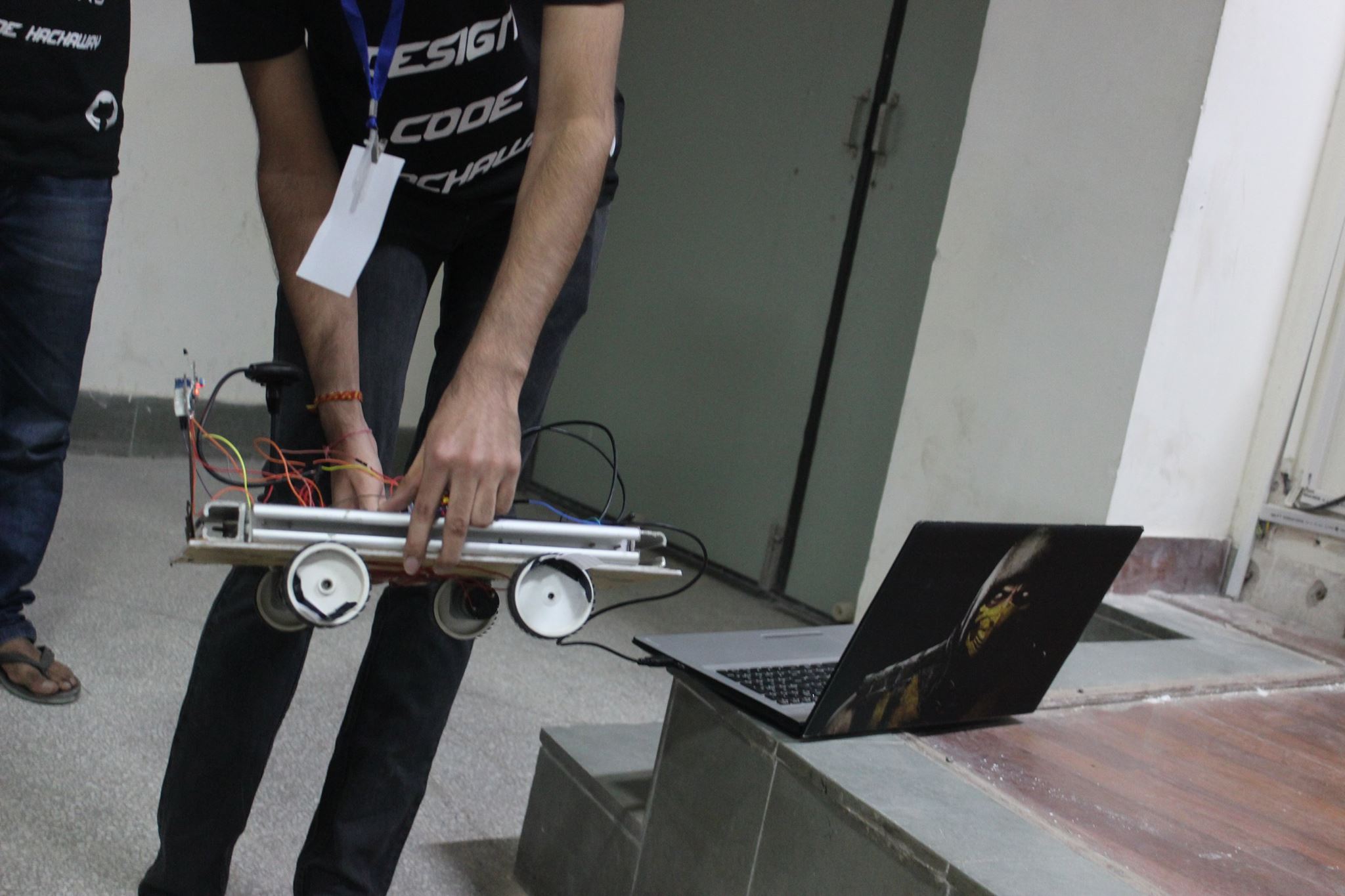 One of the IoT projects. I couldn’t find pics of the one I loved the most, but anyway 😛 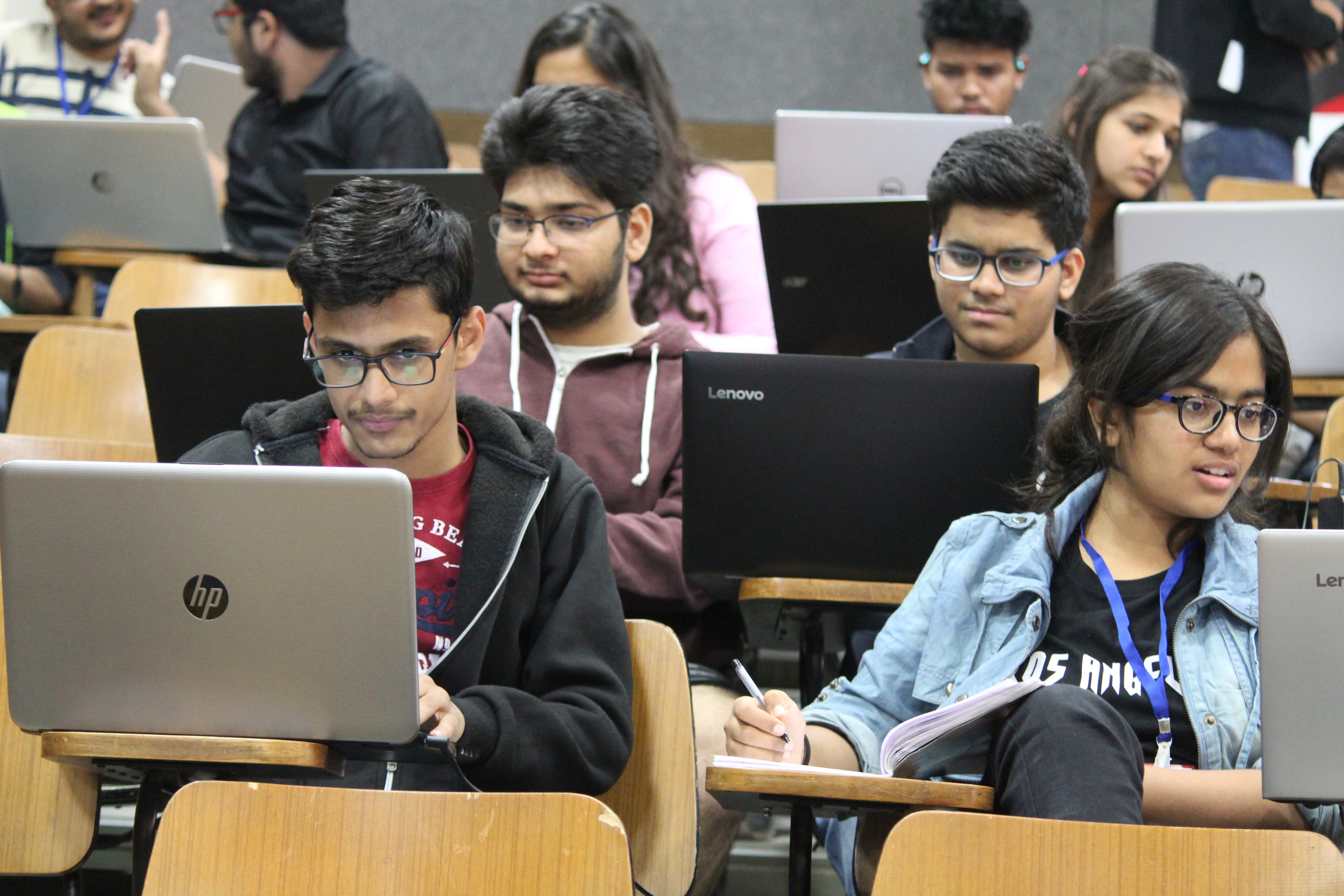 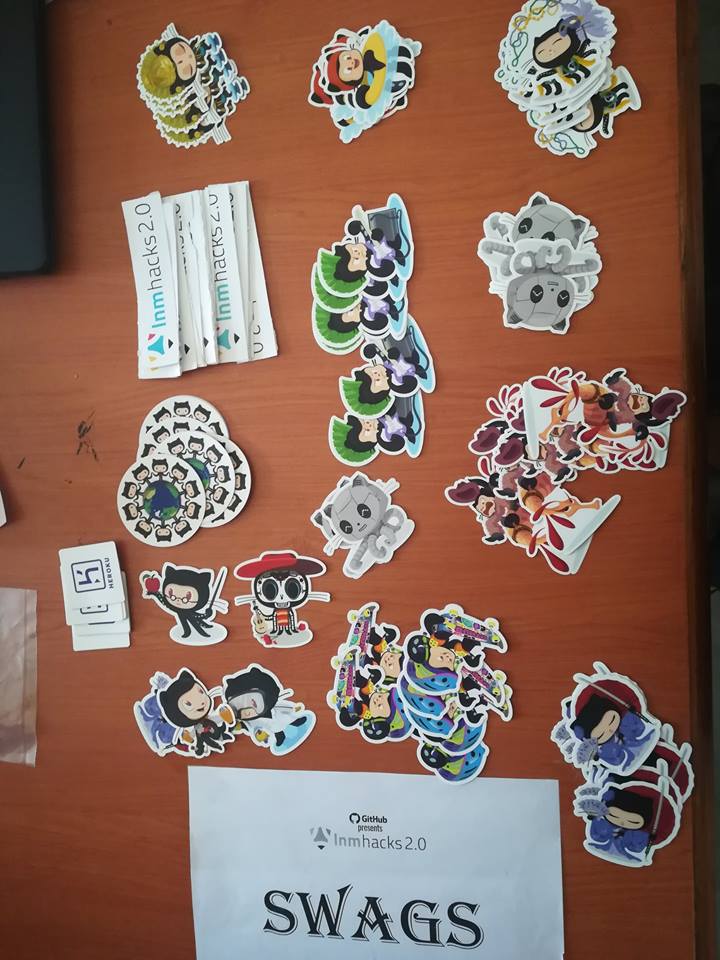 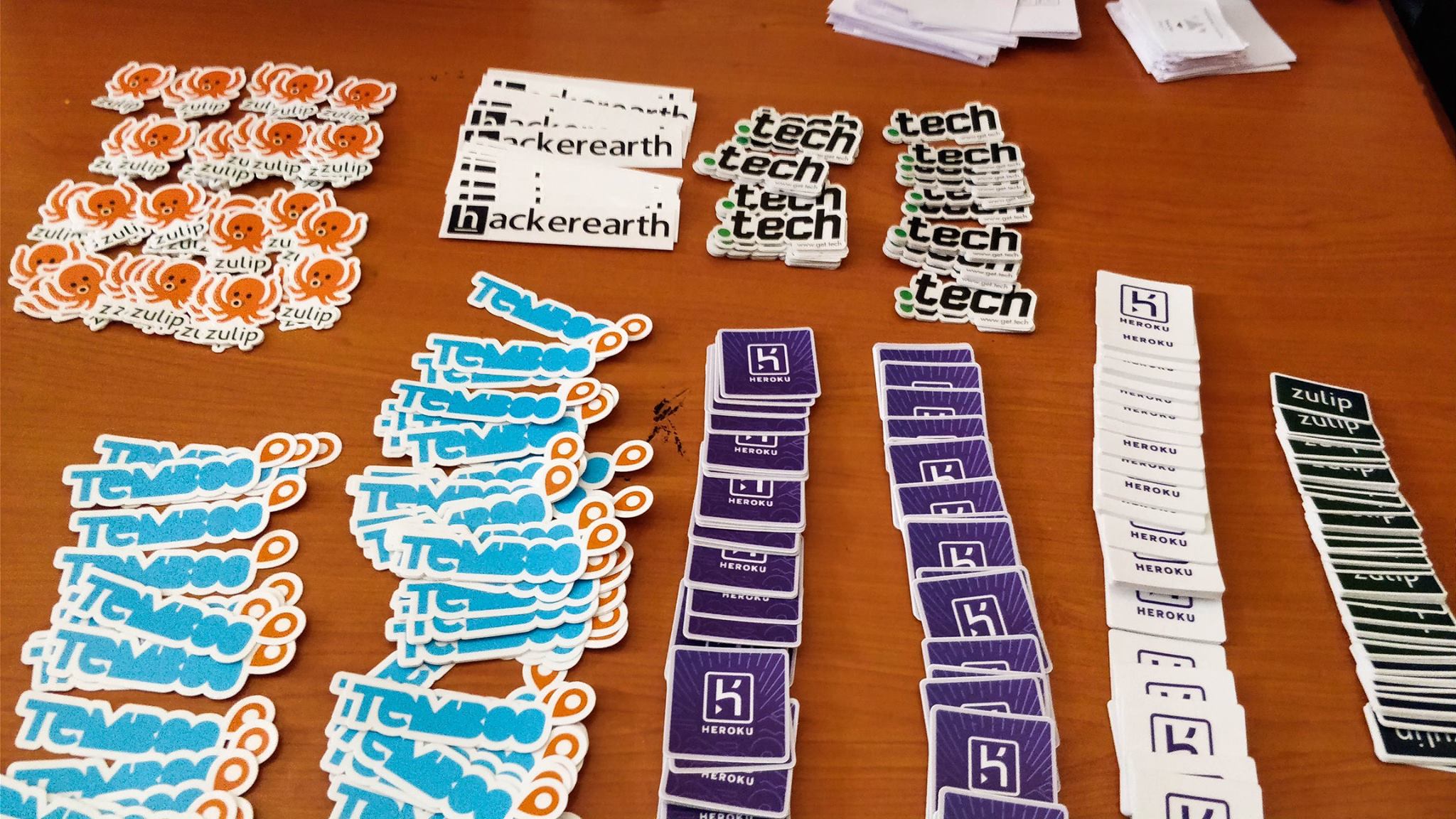 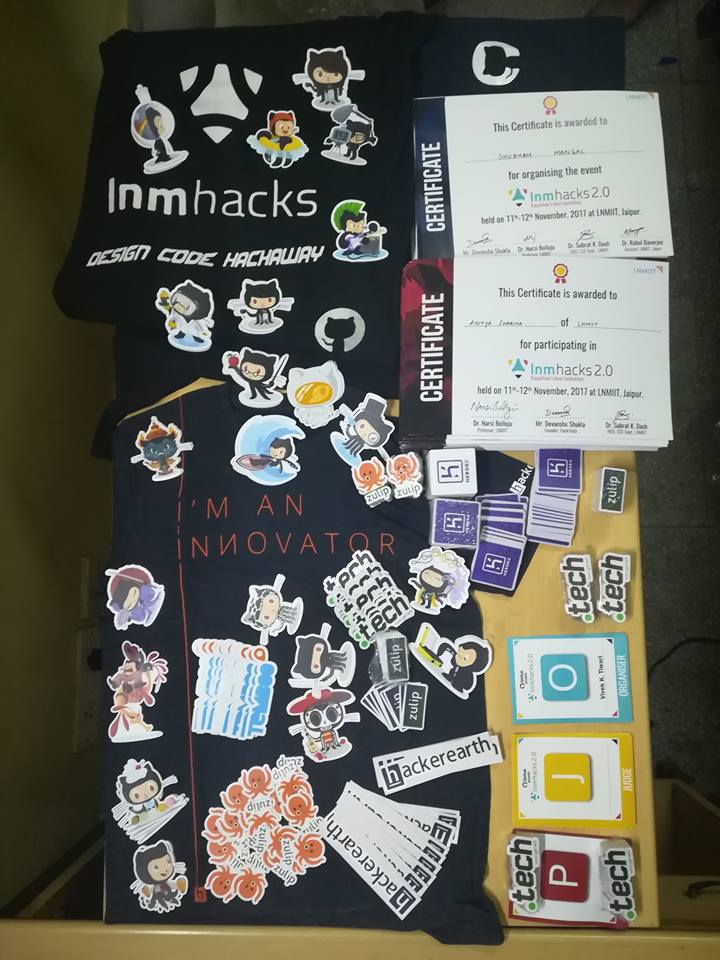 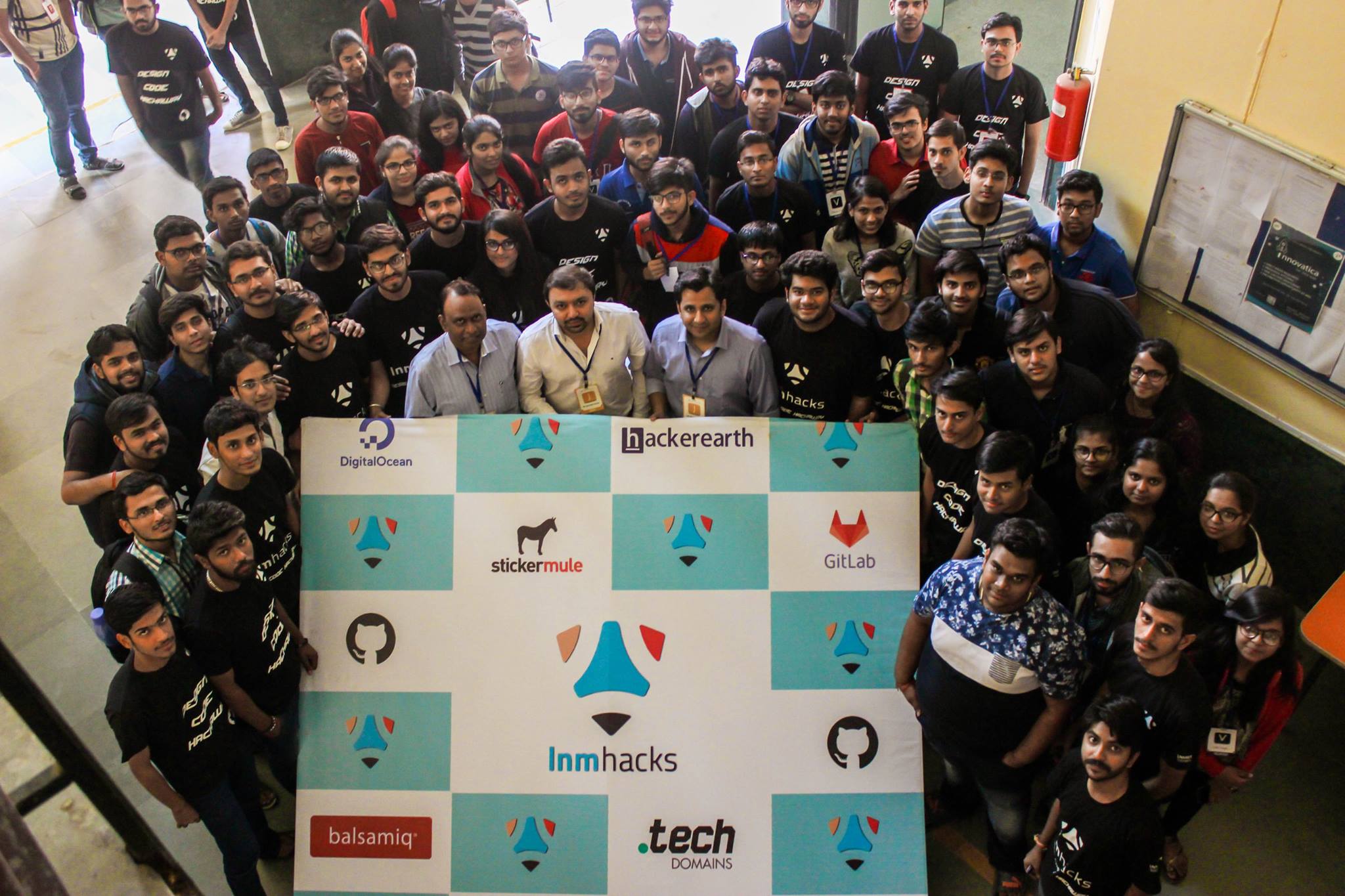 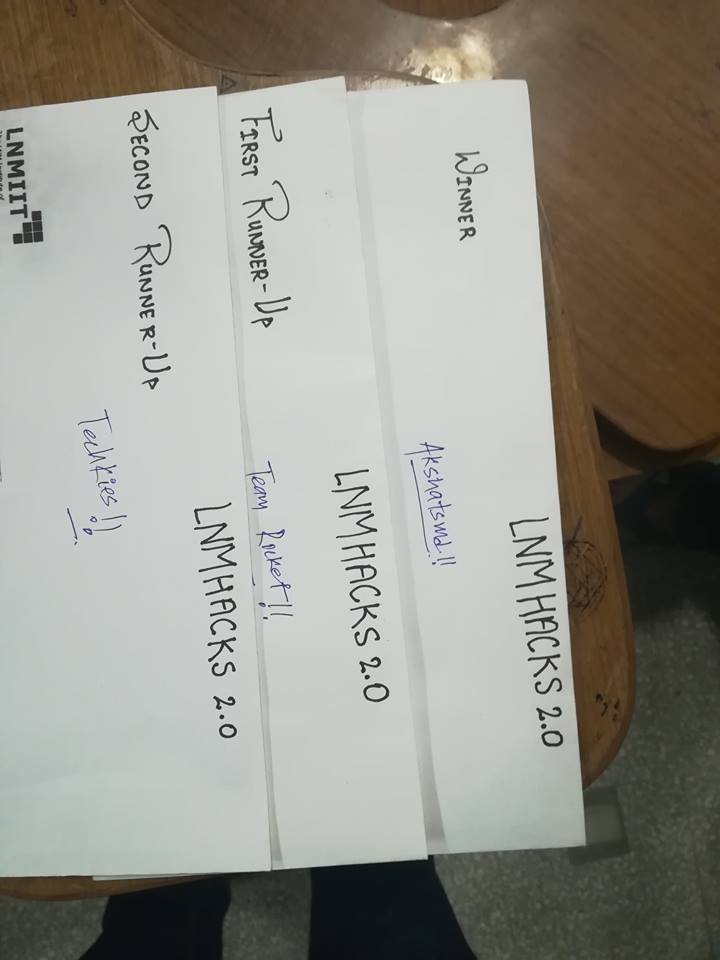 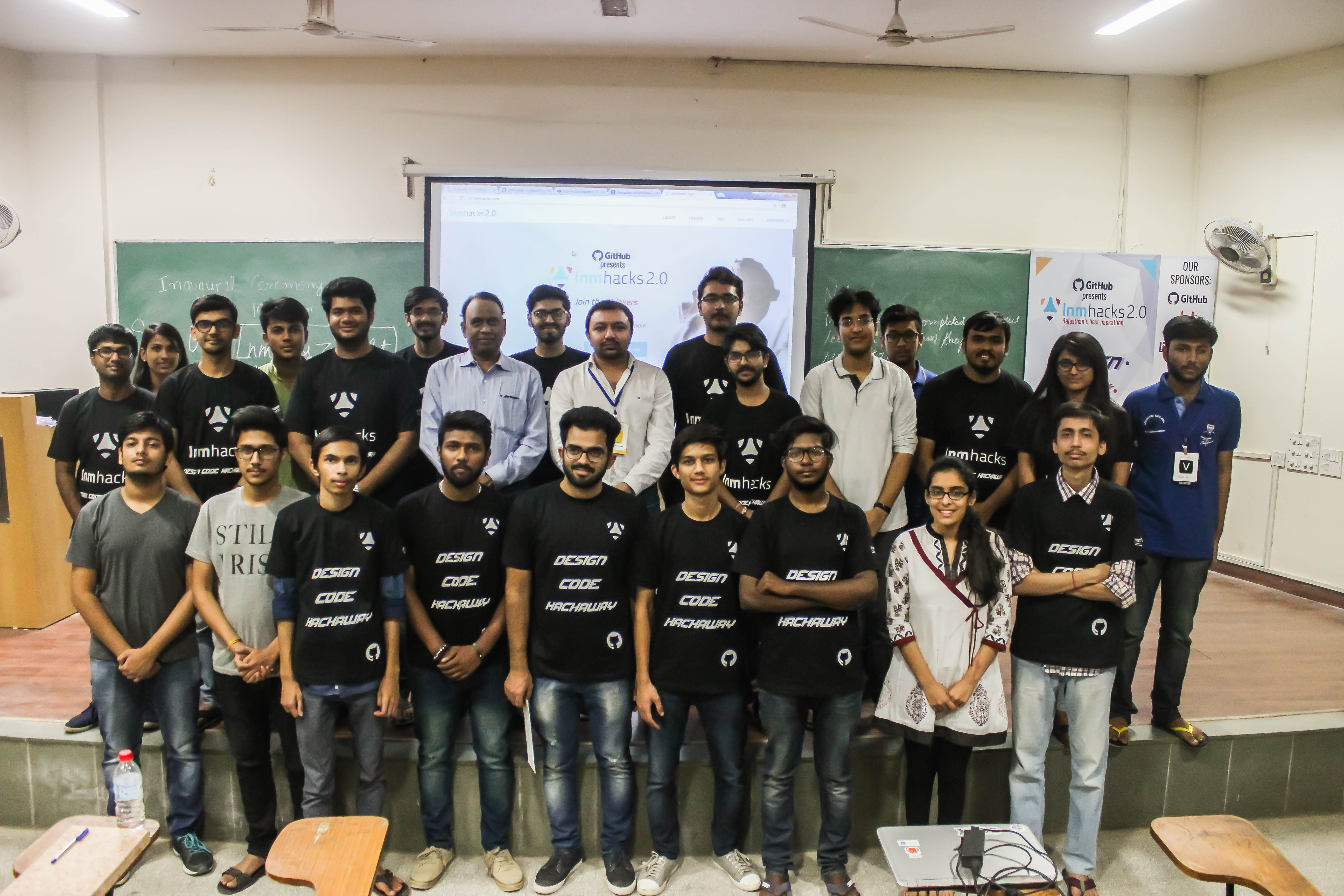