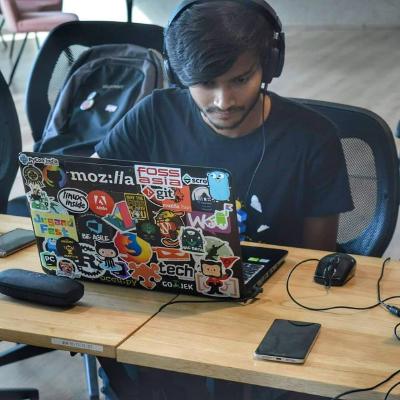 How to manage online communities and moderate effectively.

Shubhendra is currently studying his third year of B.Tech in Computer Science Engineering at Jaypee University of Engineering and Technology. He is leading an Open Source technical community and promoting Open Source development since last two years at his campus. He is currently learning AR/VR development using unity and Web technologies are his thing. Mozilla Open Leader & OSS enthusiast.

Tachyon’19, the annual technical festival of Jaypee University of Engineering and Technology, Guna(Madhya Pradesh). Tachyon’19 was the fifth iteration of one of the central India’s most popular annual technical Festival and It was organised from the 20th of April to the 21st of April 2019. Tachyon is organized by the Mozilla Phoenix Club and the CSE Department of JUET.

Shankhnaad’19, the annual techno-cultural Festival of Dr. Ambedkar Institute of Technology for Handicapped, Kanpur. It was organised from 15th March 2019 to 17th March 2019. There were two workshops - On Day 1, I conducted the workshop on Git & GitHub & On Day 2, I facilitated the WebVR workshop. I also mentored their first 24hrs hackathon. It was really great to be the part of Shankhnaad’19 and I was really amazed to see participation of handicapped students in every technical activity.

During the workshop, participants learned the basics of GIT, understand the Git Flow, created a sample repository to play with and made their first pull request. Approx. 80 students attended the workshop.

Conducted a meetup for community members to give introduction to Hacktoberfest. I also gave a presentation on how to make their first pull request to an Open Source Project with an open issue. Everyone started contributing to Open Source projects and at the end of the meetup everyone had almost made their two pull requests.