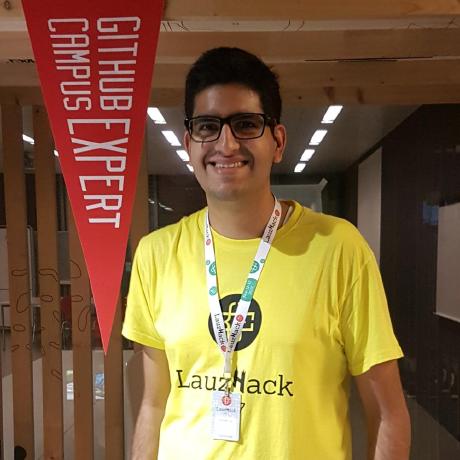 How to manage online communities and moderate effectively.

What technical writing means and how GitHub designs content.

How to raise sponsorship for your student event, from forming a budget to managing the sponsor relationship.

Contributing to your Career

How open source can benefit your technical career, and how to make your first contribution.

Sourabh is a Computer Science student at EPFL (École polytechnique fédérale de Lausanne) in Switzerland specializing in Information Systems and the founder of LauzHack. He loves travelling to new places, and having participated in alot of hackathons is looking to now establish a culture at his university of participating in hackathons all over the world.

At LauzHack 2017 I ran my first ever workshop. The workshop was aimed at first-time hackers and provided them with an introduction to what APIs are, how to use them and why they are so great! A brief technical introduction was followed with an interactive demo, where I showed the attendees how to use the Clarifai API to describe what’s in an image, and integrated this with the Twitter API to respond to images received with tags describing the image. Followed by a brief Q&A and prizes.

During LauzHack 2017 we hosted the GirlsCoding mini-hackathon. This is one of a series of events organized by GirlsCoding with the aim of improving gender diversity in the computer science industry by introducing girls aged 13 to 15 years old to coding. The event included a non-technical introduction to information encoding, Python and Git, and a small project combining the three. You can see the event schedule here. I was scheduled to give a workshop introducing Git and GitHub, but unfortunately it was cancelled due to time constraints. The event was concluded by visiting the hackers participating in LauzHack.