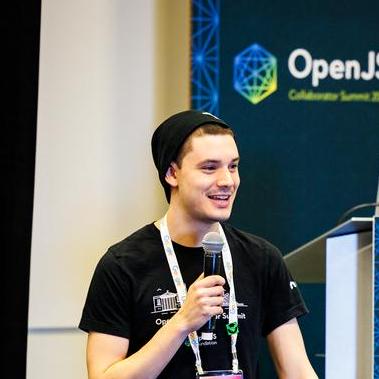 Campus Party. What can I say? It was just a blowing :boom:. It was my first experience in a Campus Party event. It was amazing, really big. Stunning. I :sparkling_heart: it. The event was giant and massive. Too many content in the same time. And they were all awesome.

Handling a workshop on this event was a big adventure, and also a big quest. It was my first time doing a workshop. Apparently it went well. And people loved it. Everyone loved the swag that I distributed :laughing:.

Campus Party Brazil 2018 took in the city of São Paulo, without doubts the economical capital of Brazil. The Venue was in the giant event building called Anhembi Morumbi, it was amazing. (One thing that wasn’t amazing… The rows of people in order to enter in the Camping Area, but this one makes sense, since it was an event with more than 10.000 people attending on the paid area, and a thousand more on the open area (free area). So what we could expect?

The event was an amazing experience. No words about it. Too many sponsors with many different stands. Even airplane companies appeared just to give to us their “snacks” that they generally give to us inside the airplaines. Even the cabine crew attended with their “on duty” dressing. We also had candy companies as sponsors given free candy for the attendees. Also a Cinema company placed a stand selling popcorn :corn:. We had an energetic drink company also giving for free their soda. We had a lot of companies and stands selling food. Like Domino’s. (The bad thing… the food from the Venue was expensive, really expensive.)

A lot of attendees, a lot of people on the “camping area”, this is one of the differentials of Campus Party. They have a thing called “Camping” were you stay 24/7 in the venue, and you literally do camping inside camping tents. Another thing that was amazing.. Their 40gb/s dedicated internet, really cool. Also they have benches were attendes can put their computers and notebooks and play games on it with that dedicated internet. One thing that the venue didn’t had… Wireless Internet. I hope that they give to us on their next edition.

Campus Party Brazil was and is, an amazing event. People can learn hundred of different things. It’s a place that focuses on diversity, accessibility, startups, research projects, “the future” (With Virtual Reality setups and Dedicated Gaming Areas (were they allow you to play for free on dedicated gaming rigs). A lot of workshops, talks and wow a lot more.

Campus Party is an event that you need to attend. Isn’t only for gamers, geeks. it’s also for scientists, curious people and on my personal opinion, everyone that want to learn something new :sparkles:

Here are some photos that the organisation took on me :camera: 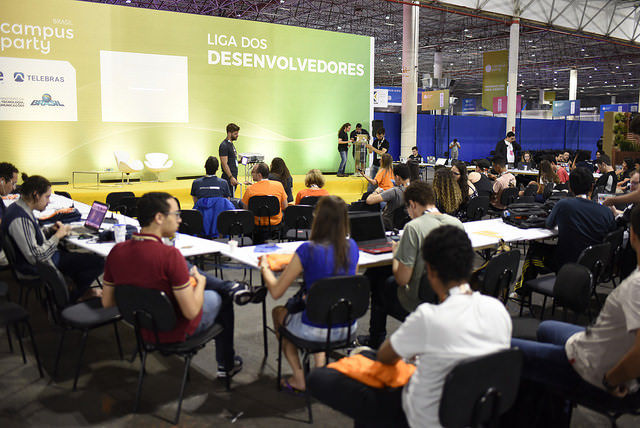 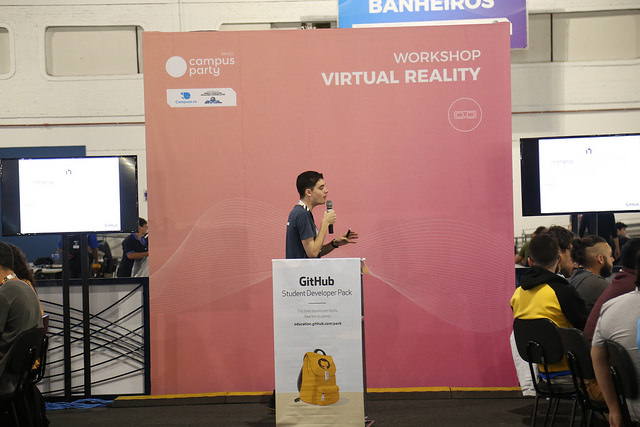 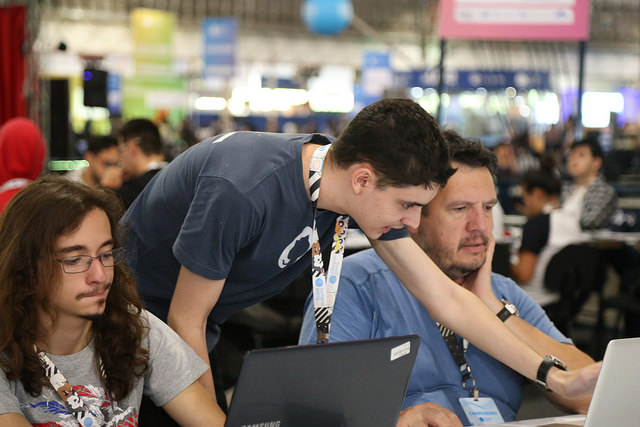