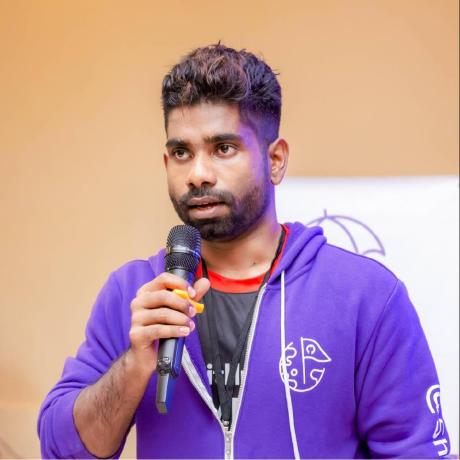 Chamod Shehanka Perera is an open source enthusiast who is reading a degree in software engineering at Sri Lanka Institute of Information Technology. Currently he’s Co-Lead at Golang Sri Lanka and GitHub Community Sri Lanka. He’s an intern software engineer at Platformer Cloud Pvt Ltd. And also, He’s a GitHub Campus Expert who’s interested in conducting tech talks in domains such as open-source contribution. Chamod has led FOSS Community of SLIIT as the developer relations for the 2018/19. He is a university ambassador for the Facebook Developer Circles Colombo and also, he is a active member of Google Developer Group Sri Lanka, Kubernetes Sri Lanka, Stackoverflows Sri Lanka, Mozilla Sri Lanka. He has actively volunteered in GDG DevFest, Google I/O, IEEE Congress. Chamod maintains his blog during his leisure time and also he never forgets to swim when he has free time.
Connected with:

A lot of student have not idea about version controlling and team collaboration with GitHub therefore they were asked for hands on session from me. So we decided to conduct a workshop about that. In this workshop attendees got to know about how to use Git and GitHub and at the end of the workshop they could push project into GitHub by their self

The DevFest is the Google Developer Group’s flagship event. DevFest are conducted around the world in a single season every year. GDG Sri Lanka has conducted six DevFest events so far. A DevFest consists of tech sessions and hands-on code labs to share knowledge with young and experienced developers alike.

GitHub community — the technology that brings us together, the challenges we face, and the people who rise to meet them. Learn and build with the best in talks, webinars, and codelabs. Along with main event in Sri Lanka we’re organizing viewing party.

As we all know in the month of October, digitalOcean and Dev collaboratively organize the hacktobefest global event to uplift the open source contribution and to motivate students and open source, enthusiasts. We as campus experts thought of helping the local community to take part in this event. So, we are organizing an event which helps anyone to come and learn the GitHub workflow, How Open-Source Contribution works and also how to take part in Hacktoberfest 2019.

Angular is the world’s most prevalent front-end framework of choice, for those who wish to build highly responsive, productive and scalable cross-platform Web applications. Released in 2010, Angular continues to be used and endorsed by Google, Netflix, Forbes, PayPal, and Fortune 500 companies. Similarly, in Sri Lanka, Angular is widely used by leading Software Product Engineering Companies and their Developers. Further, as a project founded and maintained by Google, Angular continues to gain in traction amongst Entry-Level Software Engineers, Interns, and Students. Thus, being a widely supported, topic of interest, Ng Conferences are held every year and organized by developer communities around the world, in USA, Europe and Asia. And now our local Angular, Javascript and Web Developer communities are excited to host Ng Sri Lanka 2019, which was feature 16 internationally renowned speakers, and expert Angular trainers who conducted lightning talks, panel discussions, and workshops for over 800 participants constituting of industry experts, project managers, students and enthusiasts.

A lot of student have no idea about version controlling and team collaboration with GitHub therefore they were asking for hands on session from us. So we decided to conduct a workshop about that. In this workshop attendees will know about how to use Git and GitHub and at the end of the workshop they could push project into GitHub by their self.

I’m planning to do a Git and GitHub introduction workshop for students of Wayamba University of Sri Lanka. Most of students haven’t heard about GitHub before they’re still using Google Drive to keep their projects. This event gonna be a huge step for them.